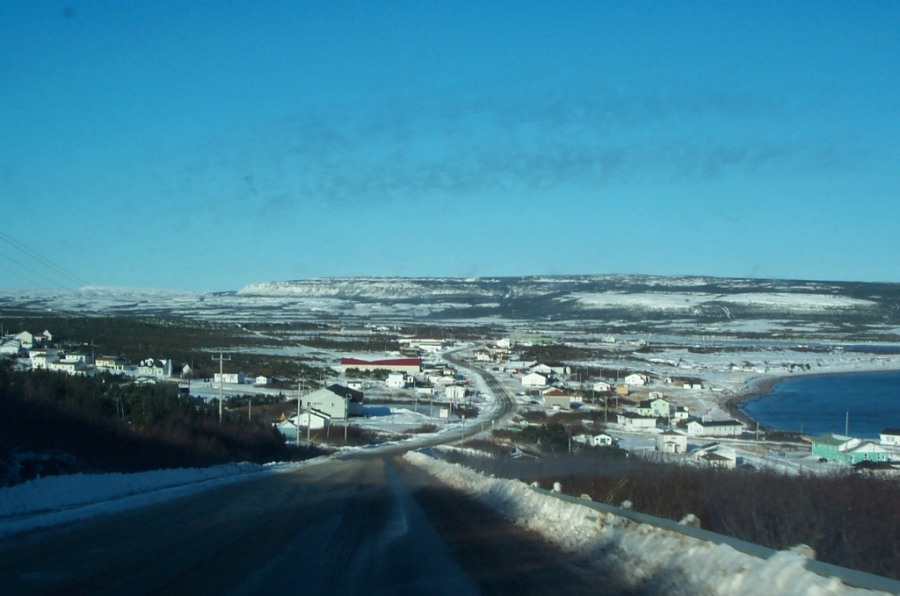 I joined the Distance Education (DE) project in 1992, the year that high school Physics and core French was implemented via distance. Some background information on that is in a previous post if you are interested. I was one of two teachers seconded that year to teach physics. I also taught math.

You couldn’t see the students. You could hear them all and see what they were writing, though, in real time. Most importantly you could build up class rapport. You quickly, not only learned all their names, but also got used to the sound of their voices. In the first few weeks you would always get the students to begin talking with, “This is ___ from ___.” You did not have to do it for too long, though. The voices soon became as recognizable as the faces.

Something else: we all soon learned that in many ways you could forge better relationships with the students over this system. Perhaps it was because as an ‘outsider’ you were on no position to judge the students based on some of the things that are used but maybe should not be; things like physical appearance, family background and previous experience with the subject. Perhaps it was simply due to the fact that the lack of ‘visual presence’ just caused people to drop their guard. Me—I think it was simply due to the fact that we had to listen more carefully. There’s a lot to be gained from the simple act of being present to listen, isn’t there?

It was important to us that the students learned independence. But let’s be clear what’s meant by that word. To me,  ‘Independent Learning’:

We built up a system that combined independent work with scheduled live classes. We called those latter ones ‘synchronous’ because students and teachers were together, online and interacting in real time. In most regards it was similar to Face-to-Face (F2F)—we did have full two-way audio for everyone and a shared electronic whiteboard. If demos were required—recall I taught physics where frequent demos are required—then we videotaped them and made the copies available to each school. The students were expected to view them as part of regular class work.

The labs were done same as F2F. In fact we were one-up in that we utilized the latest digital interfacing equipment available. So while most of the F2F students were still mucking through doing motion labs using ticker timers our students were using photo-gates or ultrasound and getting much better data.

We paid particular attention to preparing distance education handbooks. These were for use by the student and were written addressing the student as ‘you.’ One handbook was prepared per unit of study. The physics courses at the time had 4 units of approximately equal length and were divided into lessons. Each lesson could be completed in, typically, one or two 40-minute class periods. Our expectation was that the student would read the lesson and then complete the assigned exercises. As you might expect we found that students had—how do I put this—a certain aversion to reading the materials.  :>)

Students were expected to complete and submit work samples—essentially written assignments. These, along with the tests, were prepared a year in advance, printed, bound into school packages, containing copies for each student, and mailed off to schools at the start of the school year. Registrations had to be precise else schools would come up short.

Written work was faxed to the instructor, marked and faxed back to the student. That had the potential for being rather expensive as every call, including a fax, was a long distance call. To save money at the instructor sites we would program the faxes to store all outbound faxes and send them after midnight when we got a major discount on the long distance. Tests were done in a similar manner. It was assumed that the students were supervised locally. They generally were; but not always. That was, of course, an ongoing problem.

The telecommunications costs could get pretty high. This was in the days before long distance got cheap. In the end, though, we had a solution that did a good job of (a) teaching students—the achievement on the provincial exams showed that and (b) retaining students—our retention rates were the same as F2F. It worked. The students did well and they felt they were a part of something. They were.

It was, by no means perfect. There was always a propensity for the students to ‘goof off’ as the instructor could not see the students. The mikes were ‘push to talk.’ All the student had to do was keep the mike closed and at least make an effort to listen for their name so they could answer questions when asked. As long as they played that game they could, if they wished, waste away the whole class period.

As instructors, our response to this was to:

This was the nineties. The system just described, though electronic—the whiteboard did use interconnected (we say ‘bridged’) modems—did not use the Internet.

But the Internet was ‘out there’ and its use was growing. We just weren’t using it at that point.

Next: STEM~Net, educational networking in the province; a strong, positive change agent throughout the nineties.